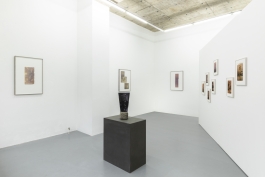 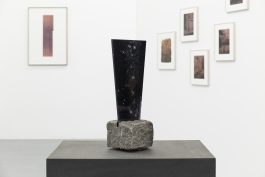 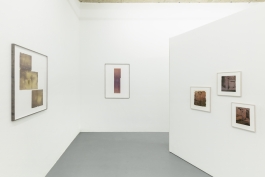 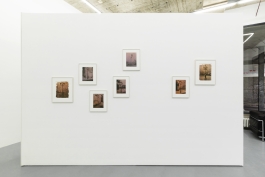 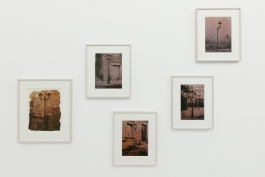 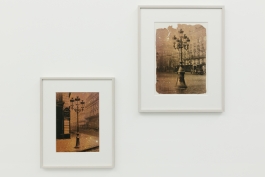 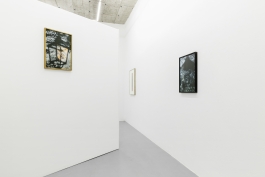 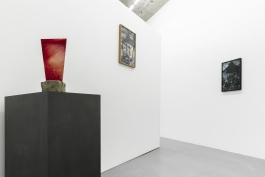 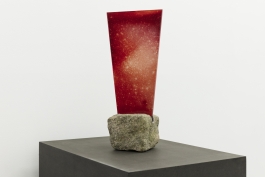 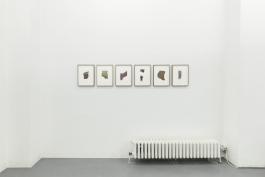 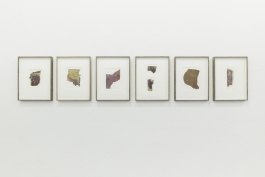 The urge to document what is no longer visible. To remake, capture, and conserve what was there for millennia and has been largely obscured over the last 150 years urges Österholm on. In his work, the artist recreates the night sky as it appeared in the 1800s before public gas lanterns lit up metropolises and subsequently darkened the firmament.

After cutting out pages from nineteenth-century astronomy tomes, the process involves covering the yellowed paper with liquid silver gelatin, in effect making light-sensitive paper that is as old as the photographic medium itself. Placing found archived glass-plate negatives depicting the heavens on the now photosensitive paper, Österholm exposes these to the harsh light of an ordinary streetlamp for prolonged periods of time. The very same light that dimmed the view of the stars now illuminates them. Bright pinks, deep purples, and warm oranges sprinkled with lens flares and bright dots emerge. Printed backsides of the paper may peek through, rips, tears, and creases flesh out the work. The unique prints are finite. Österholm’s material will become rarer and rarer, the pages will run out and the sky he is trying to capture will become more and more difficult to see. Light begets light, a return to the darkness is no longer imaginable.

In the series ‘Lightfall‘, Österholm takes it one step further and directly confronts the skyscapes with imagery of gas lanterns. Here he subverts photographs of Charles Marville, the official photographer of Paris who was tasked with documenting the rapidly changing city in the 1860s and 70s. Unknowingly to Marville these images of the new lightning apparatuses that dissolved the gloom of the city’s alleyways and brought splendor to its new boulevards, also act as a starting point for the widespread introduction of light pollution that today obscures our vision of the night sky.

Several sculptural works from the ‘Untitled Lantern Pieces’ series are included in ‘Radiant Clusters’. These works, held up by carved cobblestones, feel like a natural progression of Österholm’s praxis. Allowing the lantern shape to infiltrate his exploration of the plight caused by light pollution, he further explores the dynamic between the starry night and its nemesis artificial light.