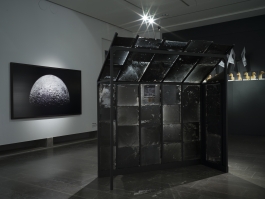 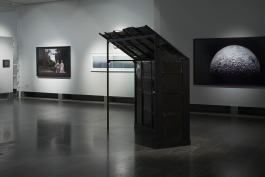 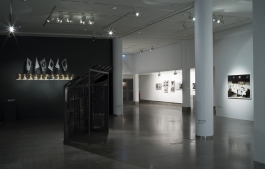 It’s fifty years since we landed on the Moon. The Hasselblad Foundation is closely linked to this historic event. It was a Hasselblad camera that was used to document ‘Buzz’ Aldrin’s famous bootprint and to record for posterity the Apollo space program. The exhibition presents photographic and video works created around or after 1969, the year of the Apollo 11 Moon landing.

Beyond its physical power over our oceans’ tides, and its influence on life on Earth, the Moon carries a wealth of con-notations. What do we project onto this celestial body? The Moon can be portrayed as a witness to earthly events, as a companion, as a world or as a territory to be colonized, conquered. Included in the exhibition are artworks that engage with the nostalgia for the Space Age and others that play with the language of propaganda. Some artists focus on the Moon’s photographic properties, not just as a photogenic object but on the premise that to photograph is to draw with light. Moonlight reveals the world at night, its familiar shapes taking on a new character. Other works display the Moon’s enchanting effect while others still point to a disenchant- ment that can be reflected in this question: What was the Space Race really about? The Moon is an ideal topic for artistic investigation—an exploration still necessary today, fifty years post-landing.